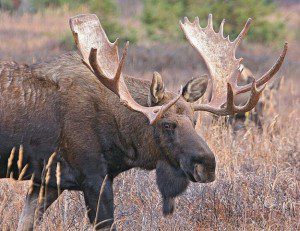 This is similar to the expression ‘fare le corna’, but it is not the same thing at all. In fact, fare le ‘corna a qualcuno’ means to cheat on someone and the word ‘cornuto’ or ‘cornuta’ is an insult which means that the person insulted is cheated on by their partners either wife or husband or fiancé/boyfriend/girlfriend. Here are a couple of practical examples: Marco ha fatto le corna a sua moglie (Marco cheated on his wife), therefore sua moglie e’ cornuta (his wife is cheated on by him). This insult may be accompanied by the hand gesture (see pictures to understand). It is not unusual to see such a thing driving, when a person does something that doesn’t please another driver. Another place where this insult might be heard is the stadium… In fact, referees are probably used to hearing: ‘ Arbitro cornuto!’. Arbitro means referee, of course! 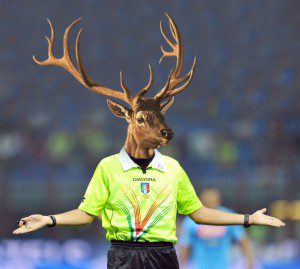 There are several funny word games which refer to this expression. For instance, if Mario’s wife has had several affairs we could say that ‘Mario non passa dalla porta per tutte le corna che ha in testa’ (Mario can’t pass through the door because of the long horns on his head). We could also say that ‘Mario ha delle corna che sembra un alce’ (Mario has such big horns that he looks like an elk). It is not funny for Mario, of course, but he’s probably unaware of his situation and, therefore we say that he is ‘cornuto e contento’ (cheated on and happy)! 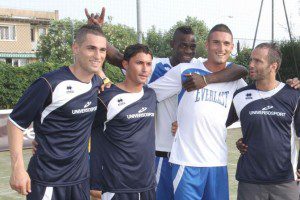 Some Italian people, usually young men, make jokes when they take pictures and they try to get their friends photographed with horns on their heads, so that everyone will have a laugh looking at the pictures later… It doesn’t mean that the person is cheated on, of course, but only that he didn’t spot the trick in time. Do you have the same thing in Ireland? I mean, I know that no one cheats on anyone in Ireland, but if it happened would you have a similar expression? 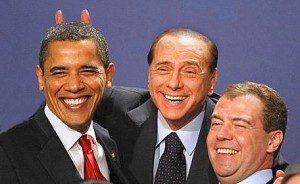 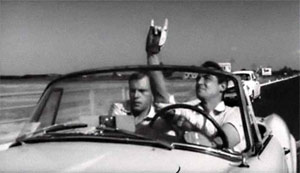 FACCIAMO LE CORNA!
Something weird in your CONTO?