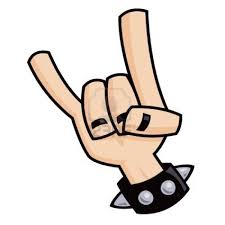 Facciamo le corna is an expression used all the time by Italian people which raises much interest among my students for its cultural peculiarity. It literally means ‘let’s make horns’ and it makes no sense for you, of course. Let me introduce you to the Italian concept of ‘Le corna’ : it is usually a sign of good luck and many people have a little pendent hanging down from the rear view mirror in their cars (some people could argue that this happens more in the South than in the North of Italy). Take a look at the pictures to understand what I am talking about. Sometimes, le corna can be accompanied by another bringer of good luck , the ‘peperoncino rosso’ (redchilly pepper). When an Italian person says ‘Facciamo le corna’ they usually accompany their words with the proper hand gesture (picture). We usually say it in the same way you would say ‘Touch wood’. It is, in fact, a superstitious way to keep away bad luck. I’ll give you an example. I am talking to a friend and I am telling her that I am going to Italy for Christmas: ‘Vengo in Italia per Natale… facciamo le corna (vada tutto bene)’. It translates as I’m coming to Italy for Christmas… touch wood (everything will be fine and I will come)’. 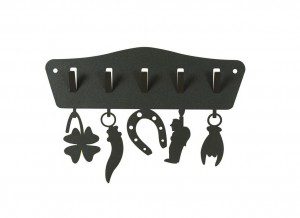 It is also true that we touch iron (instead of wood) and we say ‘Tocca ferro’ (probably from ‘ferro di cavallo’ which means horse shoe) for the same reason and, often, we do it while making the horn symbol with out hand… the more the better!

There is also another meaning of ‘le corna’ and it is not very pleasant… in fact, it is used as an insult in different contexts and situations, but I will tell you everything in the next post… Facciamo le corna it will be sooner rather than later!