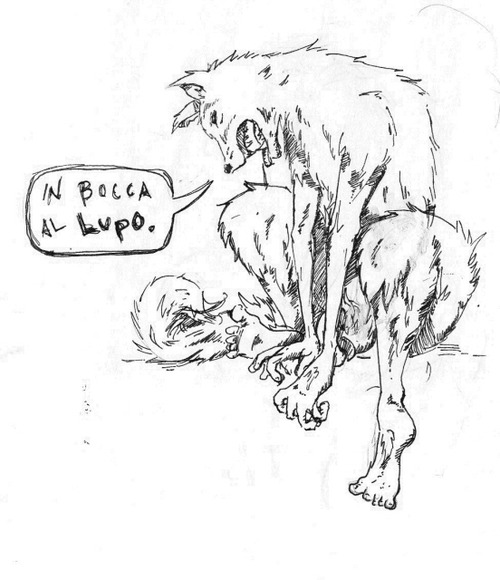 If you want a piece of advice, do not ever say ‘Buona fortuna’ to an Italian person, unless you don’t like him or her very much!

Buona fortuna means good luck, but, in Italy, it is strongly believed that if someone tells you buona fortuna before a test or any other occasion, he or she doesn’t really want the best for you!

What we usually say to a person who is going to sit for a test or a job interview or is feeling unwell is ‘In bocca al lupo’, which literally means ‘In the wolf’s mouth’. To complete the good luck ritual, the person, who has been told that, has to answer ‘Crepi il lupo’ which means ‘die the wolf’. The short version of the answer is ‘Crepi’, the lupo is implied.

I don’t know where this good luck ritual comes from, but you can try it and see if it works.

In the meantime, you can take a look on Wikipedia, they might know what it means and In Bocca Al Lupo with that!