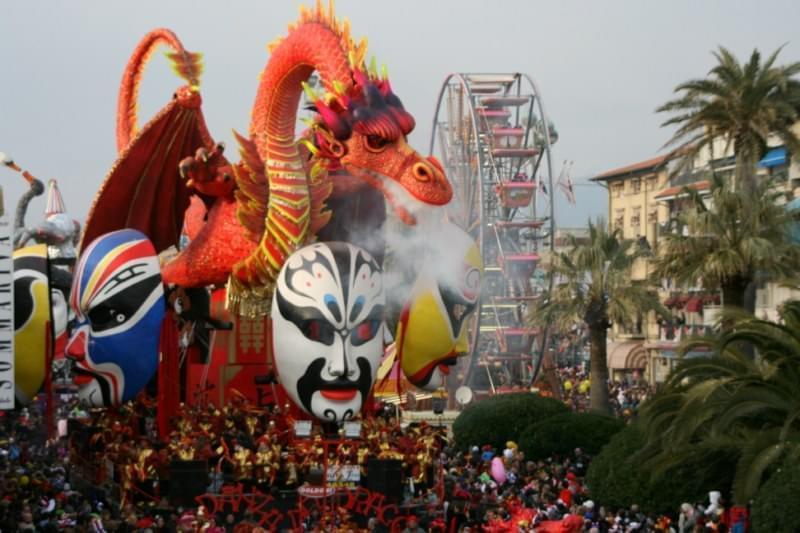 It’s Carnevale time in Italy and everyone in every town, village and school is working on costumes, masks or floats. Children are taking it very seriously and they spend all their savings on ‘scherzi di Carnevale’… (Carnevale’s tricks). There is a great variety of them: fialette puzzolenti (smelly vials), cushions which sound in a very embarrassing way when you sit on, itchy powders and many many more. I was amazed the other day when my students (my grown up students) told me that they thought Carnevale was only about Venezia… ‘no, no, no’ said I! 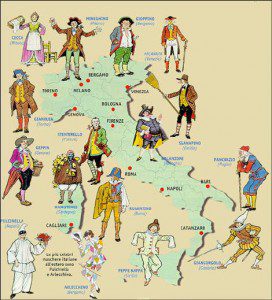 In fact, Carnevale has very ancient origins and every town has their own traditional mask and you can see them on floats when they go around their town among colourful ‘coriandoli’ (you call them confetti), ‘stelle filanti’ (streamers) and trumpets. Many of the traditional masks or characters are servants, such as Colombina (Venezia) or Pulcinella (Napoli) or Arlecchino (Bergamo), probably because Carnevale used to have a liberating and subversive purpose so through it servants could make fun of their masters. Some masks are actually masters, such as Dottor Balanzone (from Bologna) or Gianduia (Torino) or Pantalone, rich and mean Venetian merchant.

Carnevale comes with big celebrations in every town in Italy and there are so many famous Carnevale besides the one in Venice, such as the Carnevale of Viareggio, Carnevale of Fano (the most ancient in Italy, it was celebrated in 1347 for the first time) or the Carnevale of Ivrea. In Ivrea they celebrate their Carnevale with ‘la battaglia delle arance’ (the battle of the oranges), a real war where organised groups representing old and noble families (each with their coat of arms) throw oranges at each other from their floats… very spectacular, very unique and very messy, too. Remember to wear a red hat if you decide to go there, so they won’t throw oranges at you!

Italiano is about to start in the College of Commerce… haven’t you enrolled, yet? Mamma mia! Andiamo! Let’s go!
Arrivano i Corsi di Fluenza!